Fentanyl is a very powerful synthetic opioid –  50 times more powerful than heroin and 100 times more powerful than morphine. Originally developed for acute pain and short time use, like directly after surgery, it can also be used to treat chronic pain when tolerance of other opioids is too high. Fentanyl blocks the brain’s ability to feel pain by binding to opioid receptors. It starts working quickly, but only lasts for a short duration.

In 2016, newspapers were calling it the “little-known but deadly drug” and by 2019 stories of fentanyl related deaths and arrests filled the news. In 2018, fentanyl officially surpassed heroin as the number one cause of opioid-related deaths.

History and Modes of Delivery

Fentanyl was first developed by Paul Janssen in Belgium in 1959. By 1968, fentanyl citrate was being injected as general anesthesia under the brand name Sublimaze®. Several modes of delivery used now for the legal, medical use of fentanyl include: 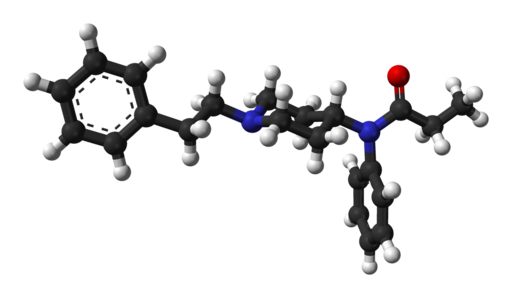 Illegally produced fentanyl is typically a white powder, which can be snorted, injected, smoked, pressed into pills, used in an eyedropper, or dropped onto blotting paper and taken orally.

The DEA cannot simply classify fentanyl as a Schedule I drug and make it illegal – it is extremely helpful to many in pain. To compound the problem, drug manufacturers can create an almost identical version, called an analog, just by slightly changing the chemical structure. That new version would not necessarily be subject to the same laws as the previous version, because the chemical structure is not 100% the same.

Now, most illegal fentanyl is made in China or Mexico and smuggled to the U.S. In 2019, China banned fentanyl entirely and all fentanyl related substances.

Fentanyl is known as the most common cause of drug overdose in the United States. The epidemic exploded with the percentages of overdose deaths linked to fentanyl growing from 14.3% in 2010 to 59.8% in 2017.

Like most opioids, fentanyl overdosing mainly is caused by depressed or stopped breathing – reducing oxygen to the brain. It can take only 2 to 3 milligrams to overdose on fentanyl, estimated to look like 5 to 7 individual grains of table salt.

Because fentanyl is so potent in very small amounts it is relatively cheap to produce. Many dealers will mix fentanyl in other drugs like heroin, cocaine, methamphetamine, and MDMA – cheaply bumping up the potency of those drugs.

Dealers will sell these fentanyl-laced drugs to people who may or may not be aware fentanyl was added. Because fentanyl powder – especially the illegally produced type – is so hard to properly dose there is an increased risk of overdose. Even those with a very high opioid tolerance can easily overdose on fentanyl.

Fentanyl test strips now exist to test heroin or other drugs for fentanyl; however, they are highly prone to false positives. They also don’t cover the new analogs created after the test strip manufacturing.

Narcan® can stop an overdose, but the amount of Narcan® needed to have an effect is extremely high. For many, Narcan® is not enough to prevent death from an overdose. In some states, Narcan® can be purchased without a prescription. A person who is at risk or close to someone at risk of an opioid overdose can keep some on hand.

Carfentanyl is a variation of fentanyl that is 100 times stronger than fentanyl and 10,000 times stronger than morphine. Under the brand name Wildnil®, it is used as a pain medication for large animals – elephants, for example. It is not meant for humans. Due to how extremely strong it is, carfentanyl mixed with heroin is thought to be behind many fentanyl-related overdose deaths. Carfentanyl is currently classified as a Schedule II drug.

The potential to abuse fentanyl can increase based on your genetic predisposition and some environmental factors. There are several risk factors for general opioid abuse, including but not limited to: personal or family history of drug abuse, past legal problems, severe depression or anxiety, tobacco use, or stressful living circumstances.

Some common street names for fentanyl are:

Symptoms and Signs of Fentanyl Abuse

The symptoms of fentanyl abuse are similar to other opioids but more extreme because of its potency. Those using will have physical changes like small, contracted pupils and be short of breath. Someone high on fentanyl may be awake one moment and falling asleep the next, and will likely seem confused. They may have issues doing basic tasks, like walking, standing up, or talking. Their heart rate might be slowed or erratic. Dopamine levels rise significantly, and the person might seem very happy or euphoric; they can also seem depressed. Some other possible symptoms of fentanyl abuse are:

Fentanyl abuse can look similar to other opioid addictions. You might notice them wearing long sleeves, even in hot weather, to hide needle marks. People might often note that they look pale. They can seem to be sick and will often have unexplained weight loss.

You could start to notice financial issues, such as a job loss or difficulty paying bills. They could engage in drug seeking behavior, like stealing from or lying to friends and family.  You could notice behavioral changes like not caring about previously loved hobbies or not taking care of themselves.

Sometimes, you will be able to find drug paraphernalia like needles, burned silver spoons, small plastic bags, or signs of a white powder. Since fentanyl is sometimes ordered online and shipped through the mail, frequent packages that the person hides could also be a sign.

Withdrawal can start a few hours to a day after quitting. It is typically characterized by intense pain – bone aches and muscle aches. The person will experience extreme cravings to get high. They can experience cramping, sweating, and even a fever. Since fentanyl is no longer altering the brain with massive doses of dopamine and serotonin, the brain needs to relearn how to supply those hormones on its own. This process is what causes the withdrawal symptoms, which can last for up to one week.

Although death is rare, fentanyl withdrawal can be so hard on the body it can cause medical complications. No one should attempt to detox on their own. With help, the person detoxing can do so with decreased pain and discomfort — meaning a lower chance of relapsing mid-detox. A detox center can help by slowly decreasing the amount of fentanyl the patient receives until clean.

Additionally, there are some medications that can help with detox – mainly: methadone, buprenorphine, or naltrexone. These medications can help reduce the symptoms of withdrawal without causing the person to get high.

Continuing care is an especially important part of fentanyl addiction treatment and should assist with issues that come up post treatment. This will help them from falling back into patterns that caused the fentanyl abuse in the first place.

If you or a loved one is struggling with drug or alcohol addiction, please contact Sheer Recovery at 1-888-979-7703 and speak with one of our experienced treatment advisors today in complete confidence about our Top-Rated Southern California Drug and Alcohol Treatment Center.